Start typing and press
Enter to search
Skip to content

You guys may know by now that Audrey Hepburn is my biggest inspiration. Not only because of the wonderful human being and actress she was, but also because of her sense of style. I think I’m allowed to say that she is one of the biggest fashion icons of the 20th century. 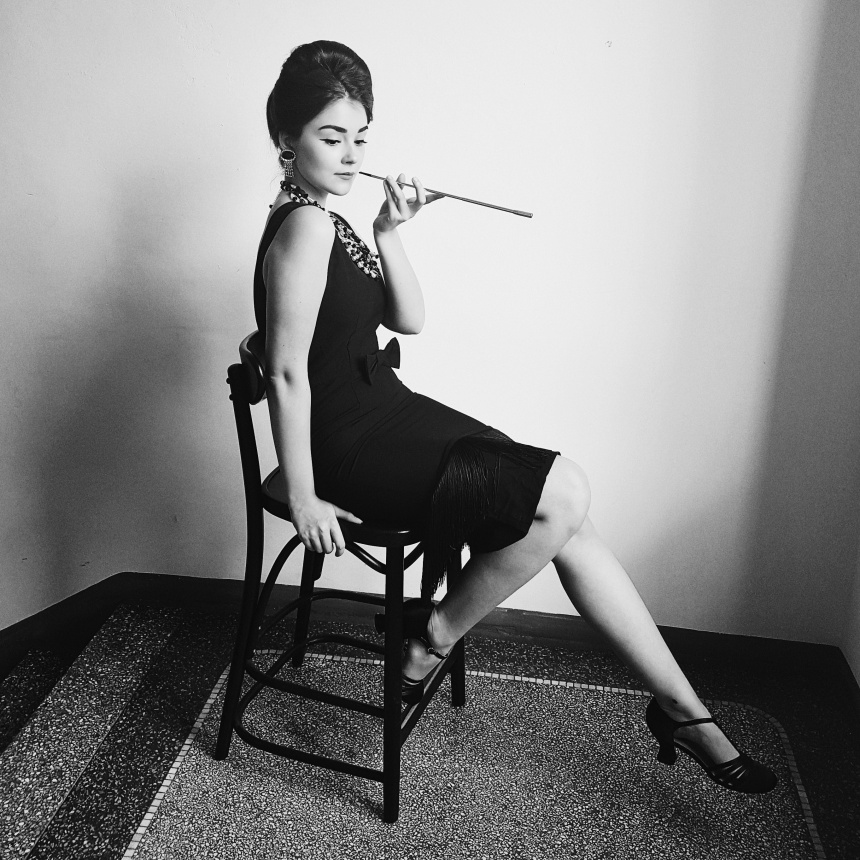 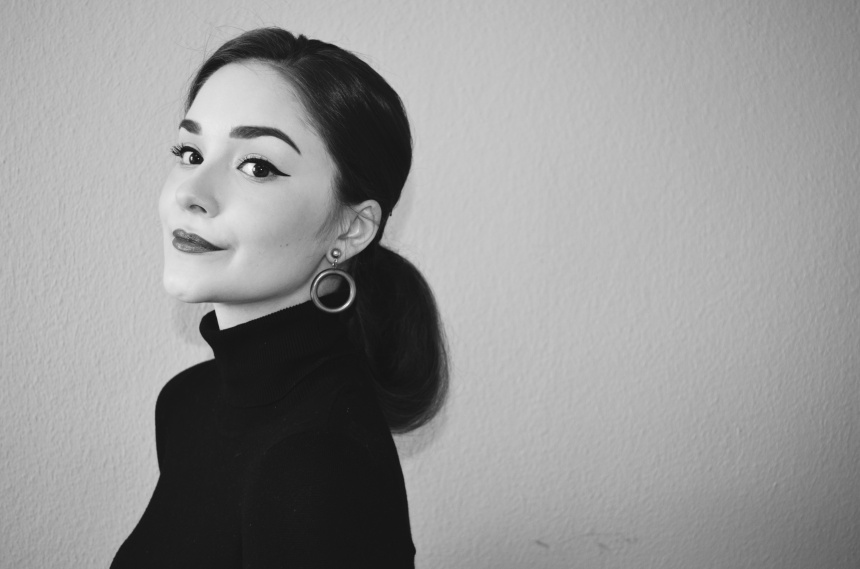 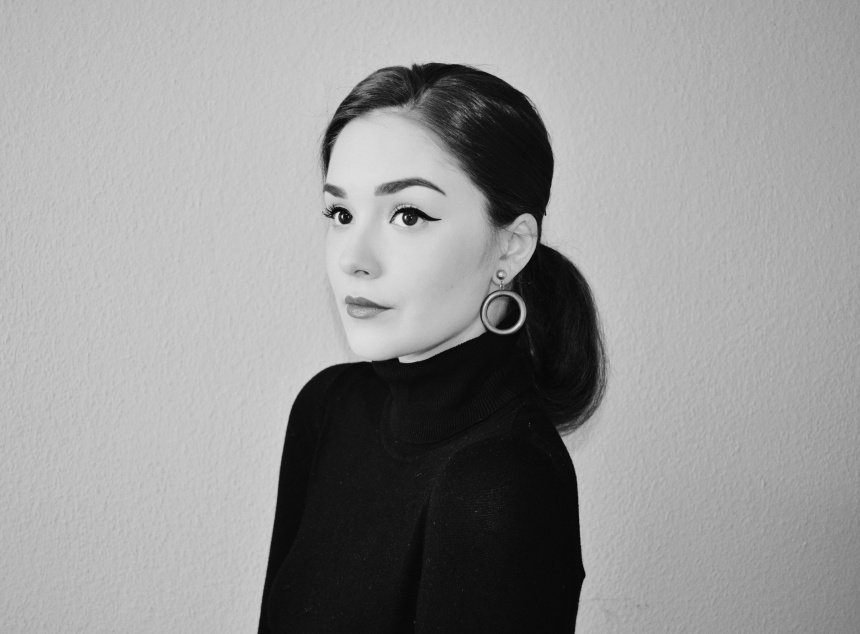 And here’s another one to my little – well – collection or how should I call it? It’s a late 50’s/early 60’s look and inspired by some of Audrey Hepburn’s most famous ones. It’s not exactly a recreation but I mixed a few of her looks together. 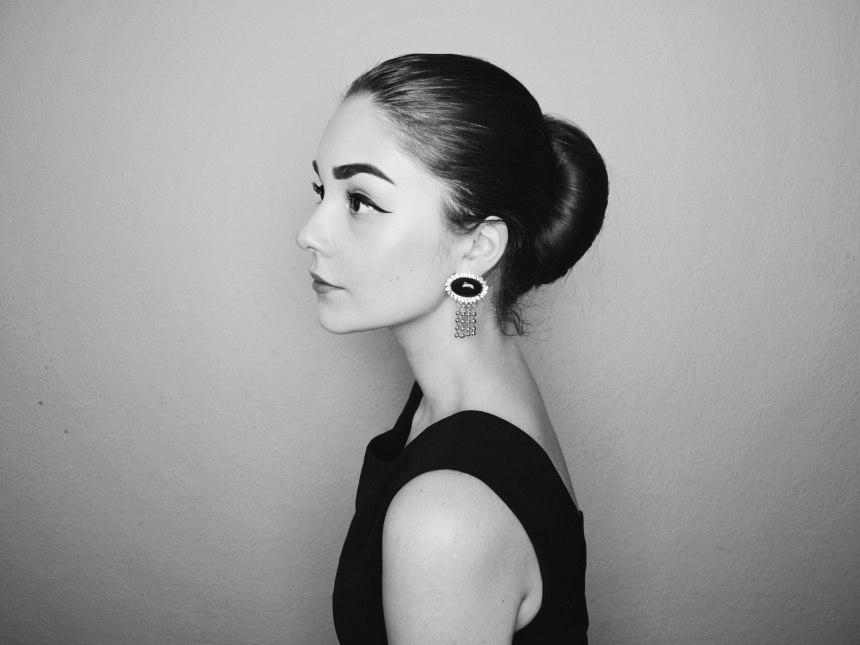 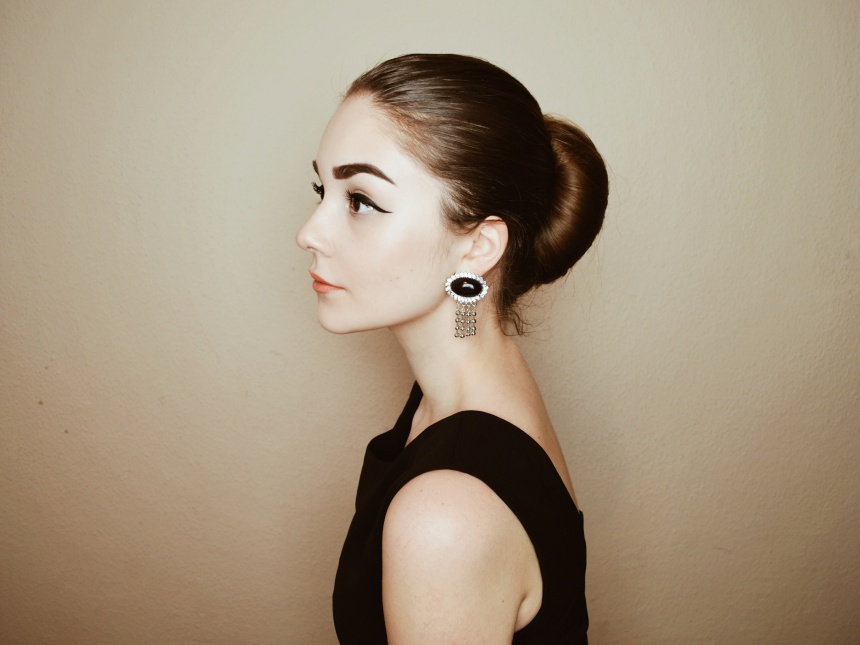 I went for a simple makeup – eyeliner, dark eyebrows and a light peachy lipstick – something that Audrey has worn very often during that time. For the hair I went with a simple chignon which I created with one of those hair bun makers. Again, this is a hairstyle that Audrey loved to wear – whether in films, on the red carpet or in her private life. Plus she wore it with and without her bangs, which is great for me because I don’t have bangs. Last but not least, I picked my Holly Golightly inspired earrings and my little black dress, which are both from IamAnAudrey. And there’s my 60’s inspired Audrey look done!

Reference for the makeup, photograph taken in the 1960’s. 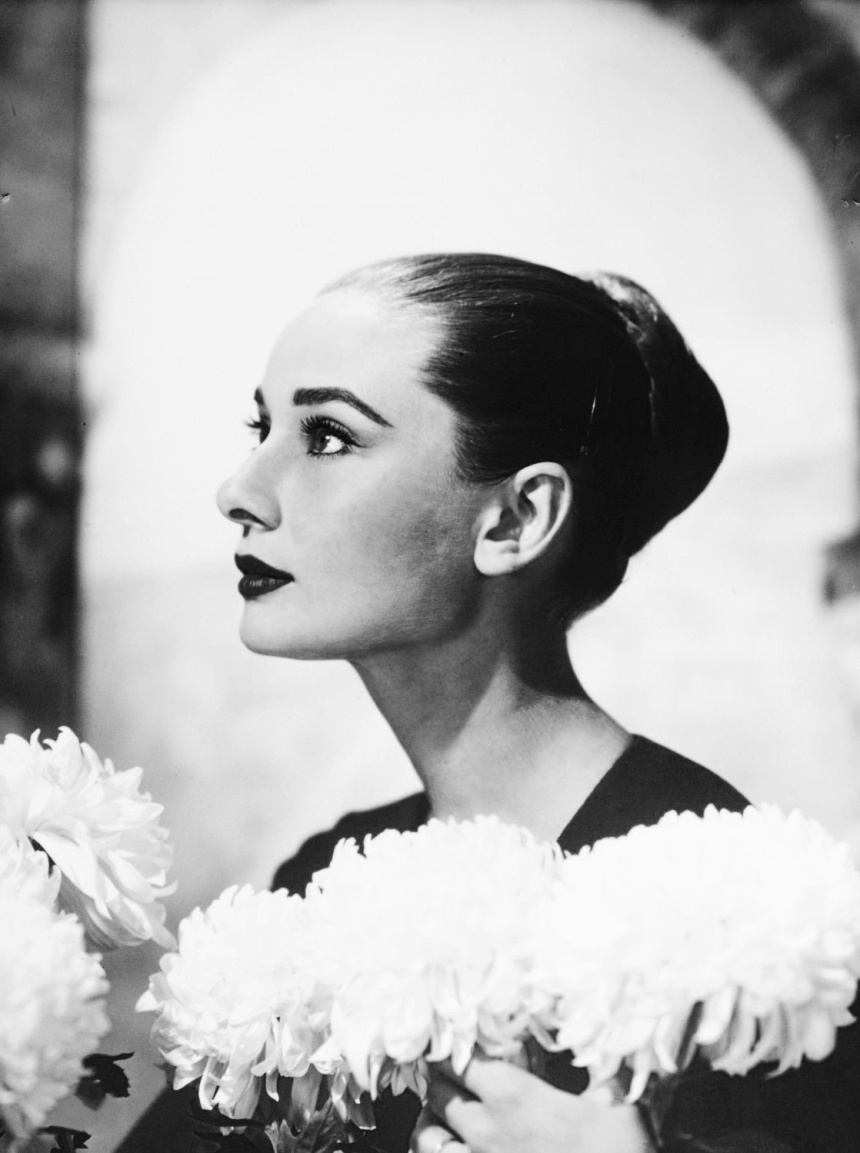 A reference for the hairstyle, photograph from 1956.

Reference for the dress and earrings, photograph from 1961.

I dedicate today's post to my favorite poodle in the whole wide world, our dog Suri who turns 14 years old today 🐩 She may be an old lady but she still acts like a little puppy and is such a bright little soul. When we got her in 2006 I was actually afraid of dogs but Suri changed everything. She turned me into such a dog person, I can't imagine a life without a dog anymore. The amount of love and happiness I feel when I look into her little face or cuddle her is more than words can say. Having such a wonderful little soul in your life is just the best thing ever and I cherish every moment I have with her 🐩🧡 #YourVintageSoul #PoodlesOfInstagram #PoodleLove
When I bought this flat cap in a secondhand shop in Amsterdam last year, I never thought that I would end up wearing it literally every second day. It's definitely a favorite now and one of the only reasons why I'll be sad when it's summer again (bc I won't be able to wear it then) 😄🧡 What's one of your favorite items in your wardrobe? 🕊 P.S. A hair tutorial for my waves is already on my Youtube Channel! #YourVintageSoul
[Ad/Werbung] Forever twirling 🕊 I had a rather bad day health wise, which means I couldn't take any new photos as it was planned. So I had to follow my own advice from yesterday and rest a little bit. But here's a little twirling video I made during my last photo session. Don't forget to turn on the sound for some music 🕊🧡 I hope you're all doing fine! Dress from @theprettydress 🧡 #YourVintageSoul
Wherever you are in your life or whatever you're doing at the moment, don't forget to allow yourself some breaks from time to time! 🕊 It's great to work hard, follow your dreams, help others and achieve amazing things. But it's also important for your soul and your well-being to calm down and rest. Most of the time I do this with some good snacks and books. Delicious food always makes me happy and I love to dive into another world to forget mine for a little while! ✨ I also love to just lay in my bed or on the sofa, listen to music and soak it all in. How do you calm down? 🧡 • I know that these kind of flatlays never go as well as my other posts, but that doesn't hold me back from sharing them anyway 🧡🕊 #YourVintageSoul
[Ad/Werbung] A Woman in White 🕊 Can you ever have enough Hepburn Dresses from @theprettydress in your collection? I don't think so! 🕊 The name for this beautiful & timeless dress is perfectly chosen since it truly makes me feel like Audrey Hepburn in a way and that's basically all I want 🧡 The boat neckline, the small waist and the wide skirt are just wonderful! #YourVintageSoul #ThePrettyDress #ThePrettyDressCompany
1, 2, 3 or 4? Or maybe one of the other 3 outfits that you can see in my new video? 🤔🧡 I just uploaded a "My Week in Outfits" video on my Youtube Channel. The link is as always in my bio. Make sure to check it out for a little bit of inspiration 🕊 • It's also my 1 year anniversary on Youtube today! Cheers to everyone who's a part of this journey. You're all amazing and I'm truly grateful and happy to have you as my lovely community 🧡🥂 #YourVintageSoul #MyWeekInOutfits #NewYoutubeVideo

My other Social Media